Skip to main content
To provide you with the best experience, The Richard Johnston Inn & 1890 Caroline House uses its own and third-party cookies on its website for technical, analytical and marketing purposes. By continuing to browse our site, you're agreeing to our use of cookies. Please consult our Cookie Notice for more information. 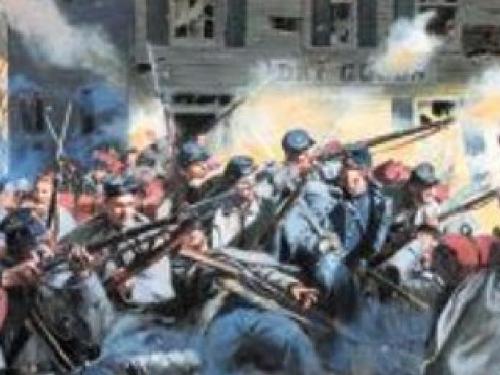 Nothing — from the campaign’s earliest days back in November, to this morning’s attempt to finally bridge the Rappahannock River in Fredericksburg — had gone as planned for the Army of the Potomac. It was mid-afternoon, December 11, 1862. No bridges yet spanned the river. No Federals yet occupied the southern bank. No advance had taken place. http://www.civilwar.org/hallowed-ground-magazine/winter-2012/before-the-slaughter.html 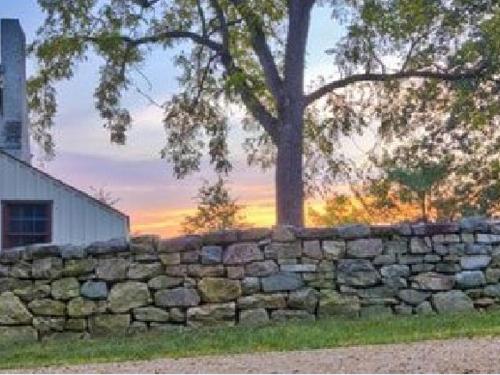 Fredericksburg, Chancellorsville, Wilderness, and Spotsylvania--this is America's battleground, where the Civil War roared to its bloody climax. No place more vividly reflects the War's tragic cost in all its forms. A town bombarded and looted. Farms large and small ruined. Refugees by the thousands forced into the countryside. More than 85,000 men wounded; 15,000 killed--most in graves unknown.  http://www.nps.gov/frsp/index.htm 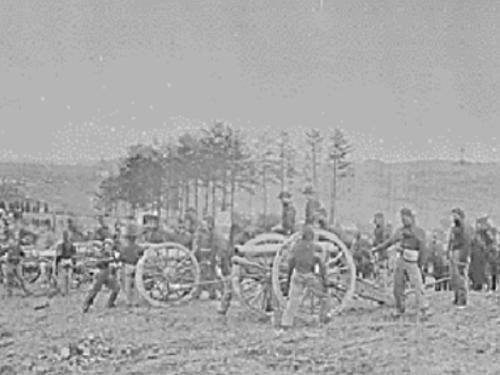 Battle of Fredericksburg, (December 13, 1862), bloody engagement of the American Civil War fought at Fredericksburg, Virginia; its outcome—a crushing Union defeat—immeasurably strengthened the Confederate cause. General A.E. Burnside, newly appointed commander of the Northern forces, planned to cross the Rappahannock River with an army of more than 120,000 troops and advance on the Southern capital at Richmond. Confederate General Robert E. Lee countered by taking a strong position on high ground behind Fredericksburg with a force of about 78,000. The attack on December 13 proved a complete failure, and Burnside’s casualties totaled more than 12,500, compared to only about 5,000 for the carefully entrenched Confederates.
General Burnside was relieved of his command the following month and has been severely criticized by historians for his conduct of this battle. Once again the Union had failed in what should have been its main objective—destruction of the Army of Northern Virginia. Richmond seemed as far away as ever. For the South, the victory restored morale lost after Lee’s retreat from Maryland following his unsuccessful Antietam campaign in September. http://www.britannica.com/EBchecked/topic/218099/Battle-of-Fredericksburg 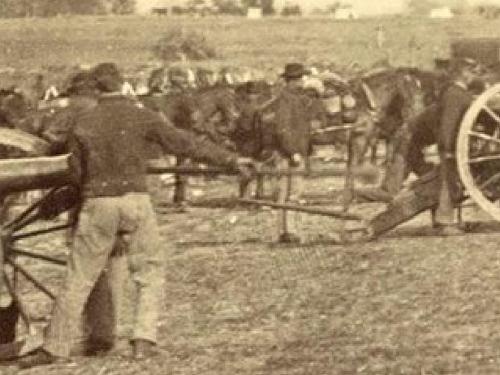 On this day in 1862, the Union Army of the Potomac occupies Fredericksburg, Virginia, as General Ambrose Burnside continues to execute his plan to capture the Confederate capital at Richmond, Virginia. However, the occupation did not happen until three weeks after Burnside's army had arrived at Falmouth, Virginia, just across the river from Fredericksburg. Due to a logistical error, pontoon bridges had not been available so the army could not cross; the delay allowed Confederate General Robert E. Lee ample time to post his Army of Northern Virginia along Marye's Heights above Fredericksburg.
Burnside replaced General George McClellan as head of the Army of the Potomac in early November 1862. He devised a plan to move his army quickly down the Rappahannock River, cross the river, and race Lee's army south to Richmond. Everything went according to plan as the Yankees sped south from Warrenton, Virginia. Burnside surprised Lee with his swiftness--the leading Union corps covered 40 miles in two days. The entire army was at Falmouth by November 19. Although ready to cross the Rappahannock, the army did not begin receiving the pontoon bridges until the end of the month due to mistakes made by the engineering corps. The delay allowed Lee to move his troops into position on the opposite side of the river. President Abraham Lincoln visited his army at the end of November, and, realizing that the element of surprise was lost, characterized Burnside's plan as "somewhat risky."

On December 11, Burnside's engineers finally began to assemble the bridges. Confederate snipers in Fredericksburg picked away at the builders, so Yankee artillery began a barrage that reduced to rubble many of the buildings along the river. Three regiments ran the sharpshooters out of the town, and the bridge was completed soon after. By evening on the 11th, the Union army was crossing the Rappahannock. By the next day, the entire army was on the other side and Burnside planned the actual attack.

The Battle of Fredericksburg, which took place on December 13, was an enormous defeat for the Army of the Potomac. Lee lost less than 5,000 men while Burnside lost some 12,600.http://www.history.com/this-day-in-history/federals-occupy-fredericksburg